In preparation for participating in the upcoming RAF Leuchars Airshow, we wanted to position our two ex-RAF Bulldog aircraft at Prestwick (EGPK). This should allows us an easy transit to Leuchars (EGQL) on 6 September 2013 (weather-permitting!).

One aircraft, xx546 (aka G-WINI) is based at Peterborough-Connington (EGSF). The other (mine) xx667 (aka G-BZFN) is based at Ronaldsway, Isle of Man (EGNS). So, the first port-of-call was Blackpool (EGNH), an airfield convenient to both of us. We met up there last Saturday morning (24 August 2013). Here's a picture of the two Bulldogs parked at Blackpool. 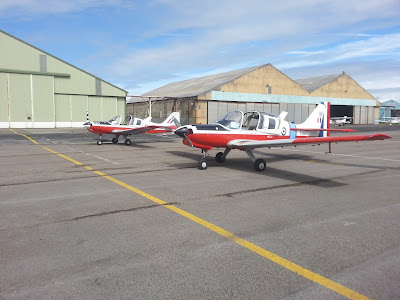 The next leg took us to Prestwick (EGPK). Here's the coastal route (in GoogleMaps, courtesy of iNavCalc RouteView) we followed on Saturday afternoon and here's a picture of the two aircraft parked-up at EGPK. 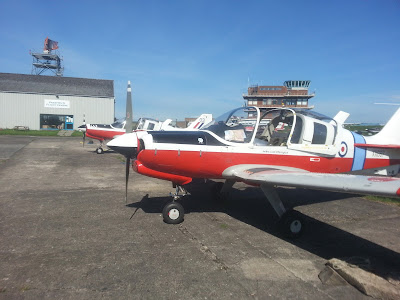 With a day of margin (Sunday 25 August), and excellent weather, we decided to embark on a mini tour of the Scottish Highlands and Islands. Here's the route we selected (in GoogleMaps, courtesy of iNavCalc RouteView), based on the clear skies in the west (by contrast, low cloud in the east, best avoided) and here are a few video clips taken on-board xx667 with a #GoPro Hero2 cockpit-mounted camera (click here for simple instructions on exporting video clips from GoPro to YouTube, hassle-free).

In formation over Sound of Jura

In formation over the island of Scarba

In formation over the Firth Of Lorn

...and here's a picture of the aircraft parked at Oban. 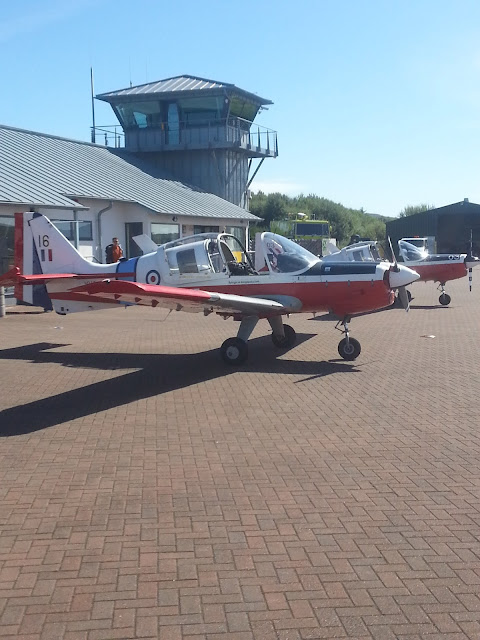 The second leg took us over Loch Awe Loch Fyne, Loch Lomond (including the summit of Ben Lomond), Helensburgh, Greenock, Rothesay, West Kilbride, Irvine, and back in to Prestwick. Unfortunately my GoPro WiFi pac had run out of charge by this time, so no videos possible :(...